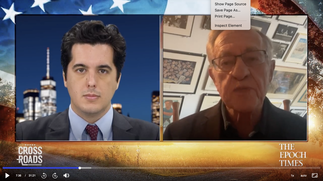 An officer with Space Force is currently being investigated by the U.S. military after he publicly stated his opposition to Marxism and critical race theory. This is being viewed as part of a broader pattern of censorship in the United States. To learn more about this, we sat down for an interview with Alan Dershowitz, a top constitutional expert in the United States and author of the new book, “The Case Against the New Censorship: Protecting Free Speech From Big Tech, Progressives, and Universities.”
WATCH 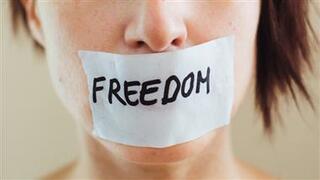 March 23, 2021 by Dr. Joseph Mercola -  Senator Bernie Sanders diverted from party lines and spoke out against Twitter’s ban of former President Trump, saying “yesterday it was Donald Trump who was banned and tomorrow it could be somebody else who has a very different point of view.” He also noted that it is risky to have a “handful of high tech people” controlling speech in America. Indeed, Trump is far from alone in being censored these days, but Sanders is not telling the whole truth when he lays all of the blame for censorship on Big Tech. Disturbingly, a number of elected government officials are using their positions of power to actually pressure tech platforms into silencing voices of the opposition, or simply those whose speech they don’t agree with. In less than a year, we’ve gone from massively censoring COVID-19 treatment information, the origin of the virus and COVID-19 vaccine information, to censoring election disputes and conservative news networks, to now calling for the censoring of climate information. READ MORE 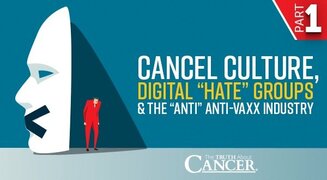 3/27/21 by Ty & Charlene Bollinger - The war on freedom has reached a fevered pitch. Cancel culture and media censorship are at an all-time high as the rich and powerful continue their crusade to destroy free thought once and for all. At the center of this war is the Center for Countering Digital Hate (CCDH), a group of left-wing mercenaries with the sole purpose of silencing anyone who jeopardizes the financial and political interests of their sponsors.​ Earlier this month, we reported that the CCDH had published a “digital hitlist” of the “Top 10 Anti-Vaxxers” which included “The Bollingers” along with 10 others. Apparently, the hatred spewed from the CCDH has affected their ability to perform basic mathematics, such as counting to eleven, because their “top 10” list actually contains 11 names. We’ll just chalk that one up to “vaccine-induced rage.” Since that time, we have been “purged” from Instagram. READ MORE